Cleveland’s Hungarian community gathered at the West Side Hungarian Lutheran Church at 2 p.m. on Sunday, October 20, 2019 to commemorate the 1956 Hungarian Revolution under the organization of the United Hungarian Societies. The opening prayer was made by the Lutheran Church’s Pastor Éva Tamásy and the closing prayer was said by the Westlake Hungarian Seventh Day Adventist Pastor Máriusz Marton. The UHS president and scout leader Endre Szentkirályi gave welcoming remarks to the gathering. Gréta Pásztor accompanied the singing of the American and Hungarian national anthems on the piano and also performed later in the program.

The keynote address was made by scout leader Andrea Vareska-Mészáros who shared her thoughts about the 1956 revolution and freedom fight. Some of the other performers included a Hungarian chorus, Hungarian school students and members of Hungarian Scout Troop 14 all of whom remembered the events of that time. The program host was Hungarian scholarship recipient Emőke Jártó-Kocsis. The dignified program was followed by a reception for all in the church’s main hall. 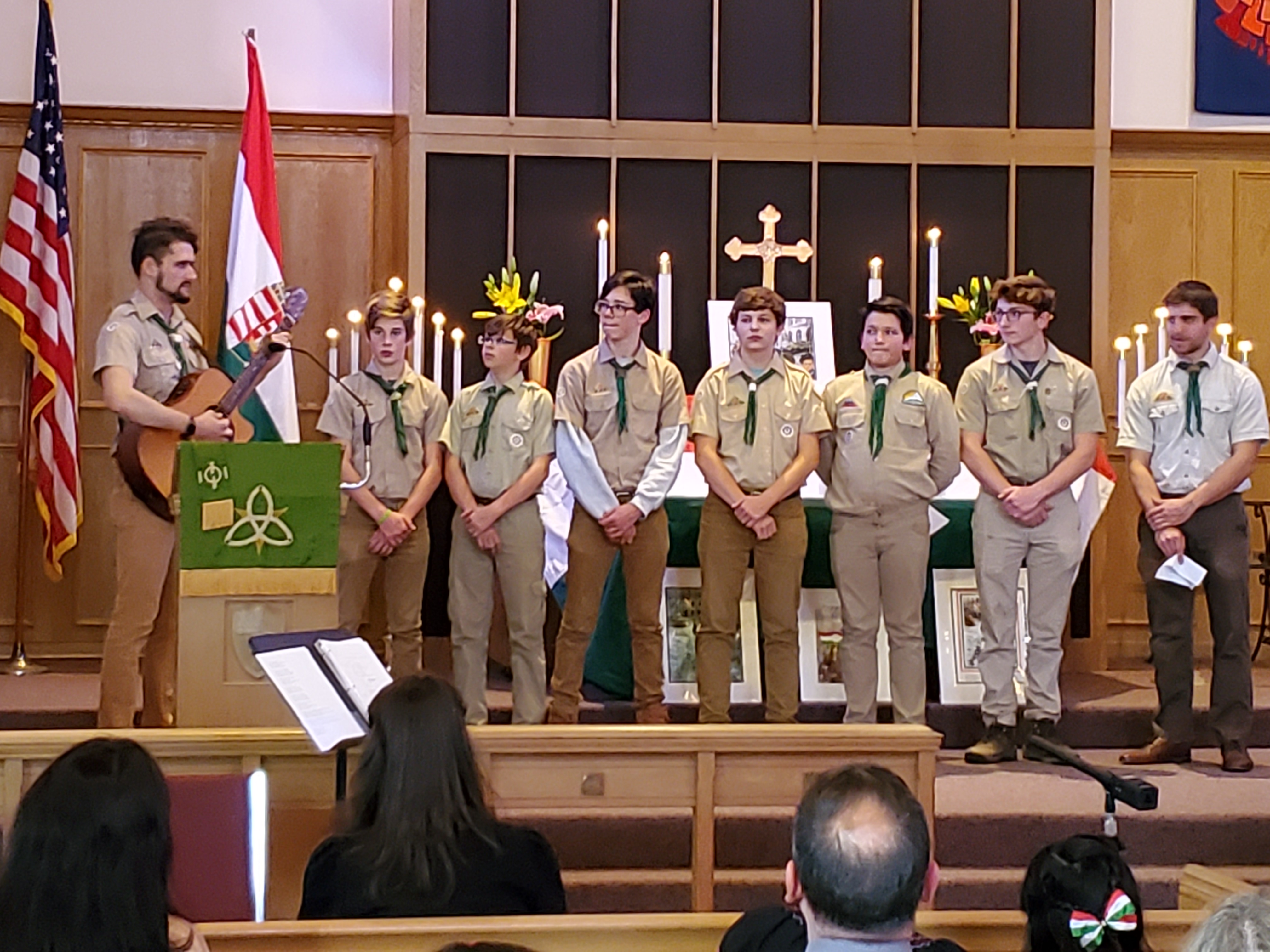