It is with great regret we must inform you that this year’s Hungarian Festival has been cancelled due to the COVID-19 virus that has upended all of our lives. With the current regulations and requirements in place by the State of Ohio and its Health Dept., along with polls showing at least two-thirds of the population indicating they would stay away from any mass gatherings, we don’t find it feasible, nor possible, to proceed with our program. Hopefully, this situation will end soon and things will get back to normal.

We do look forward to seeing you at our event next year on September 5, 2021.

Read about and see pictures from the 2019 64th Hungarian Festival here. 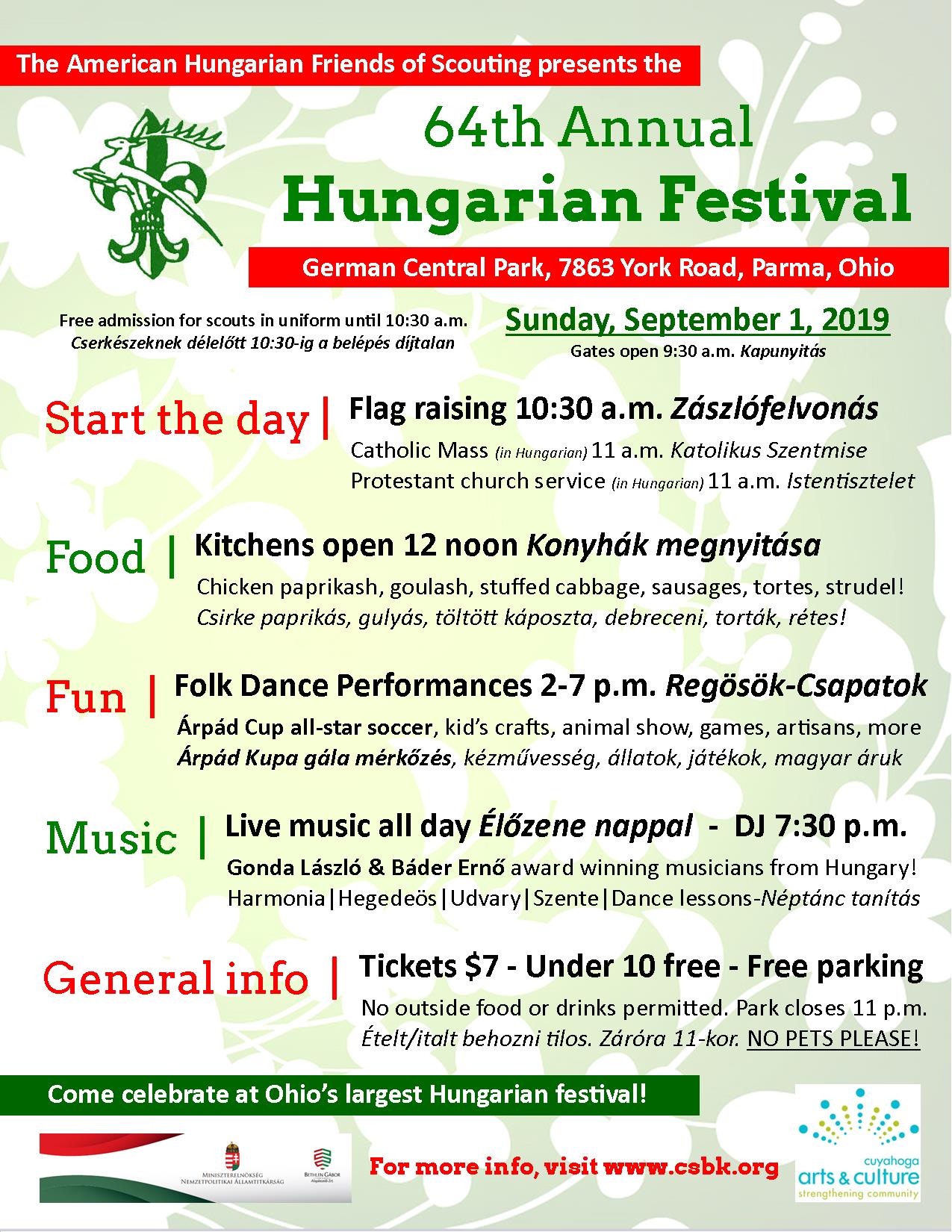 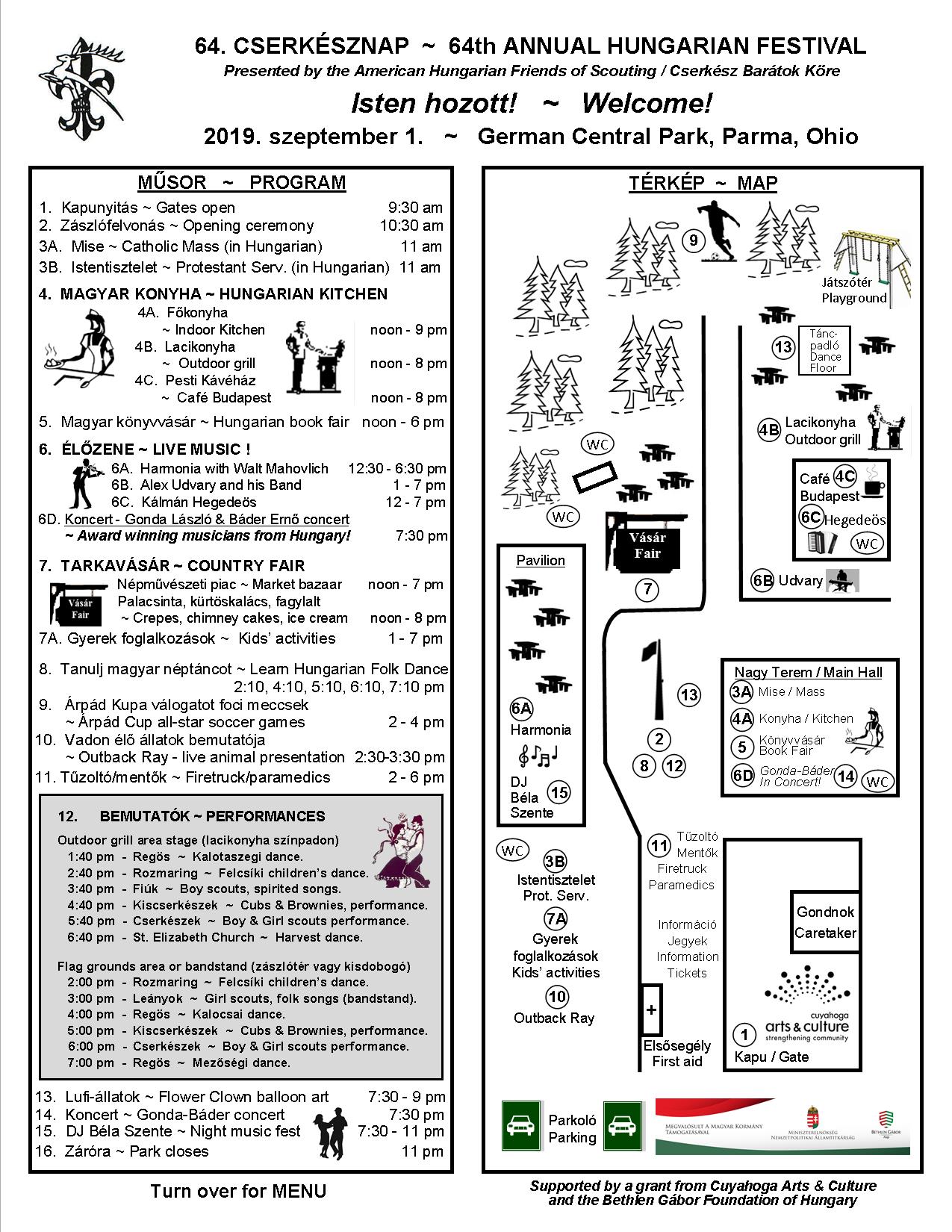 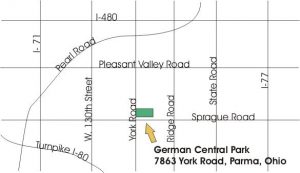 Again this year you can purchase your food & drink tickets with your  MasterCard, Visa, American Express or Discover credit card!

Take-out available!  Handicapped parking near front entrance and accessibility throughout the park! 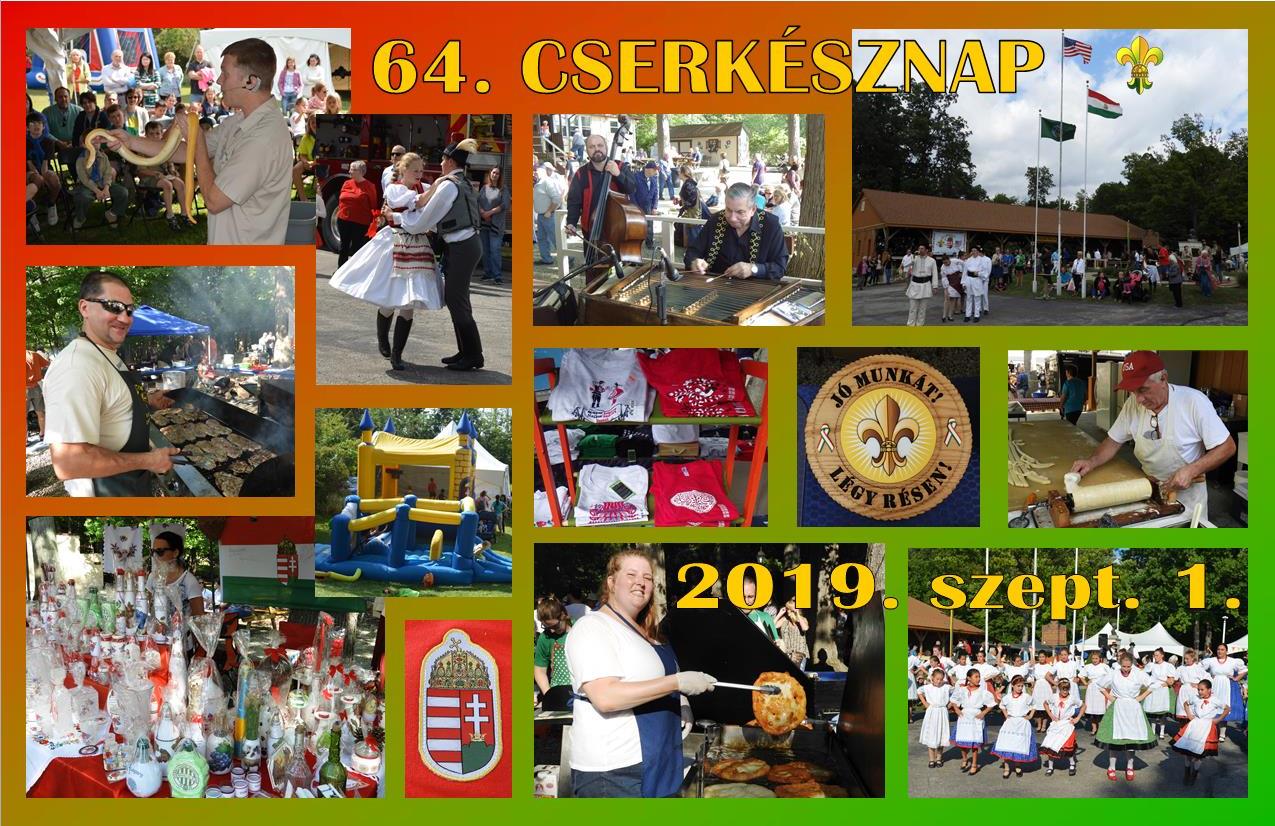 The 2019 raffle prizes are listed below.

(Prizes are subject to change until the day of the raffle!) 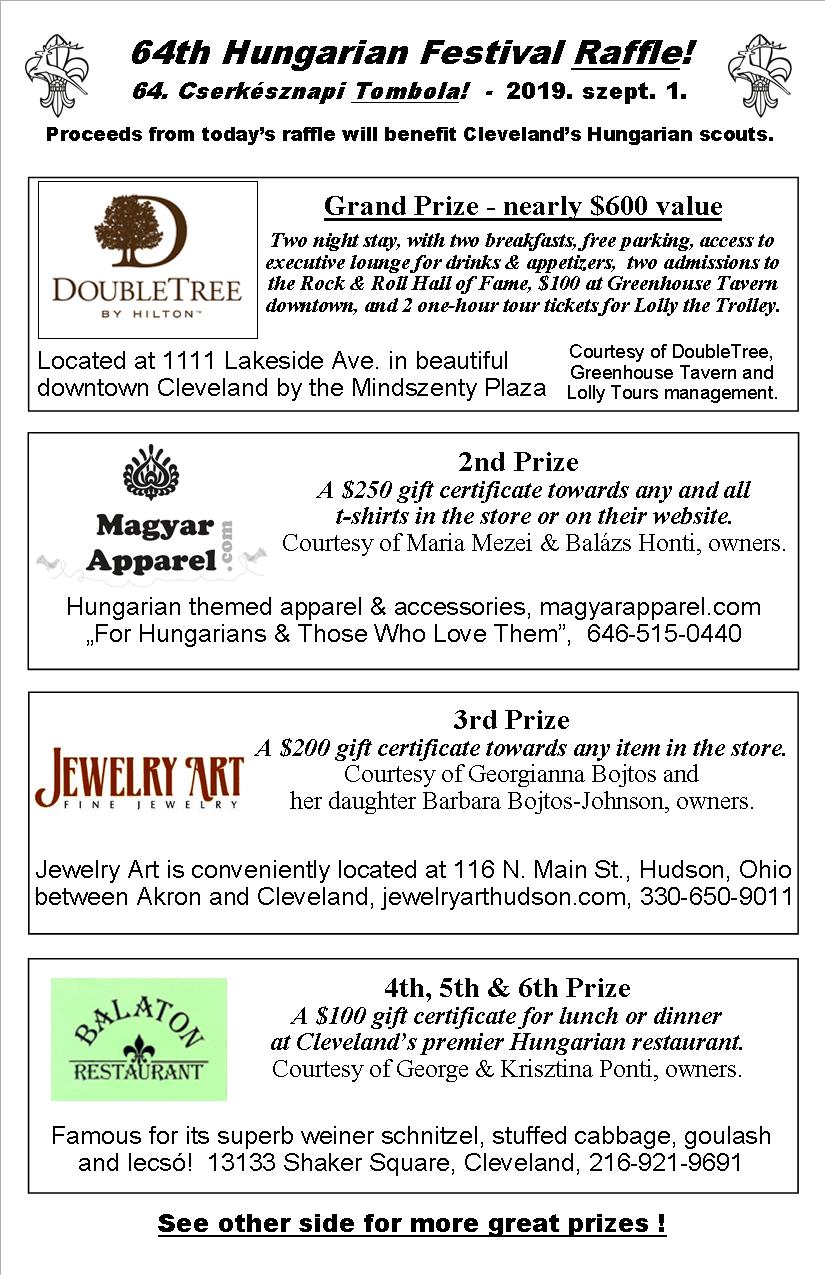 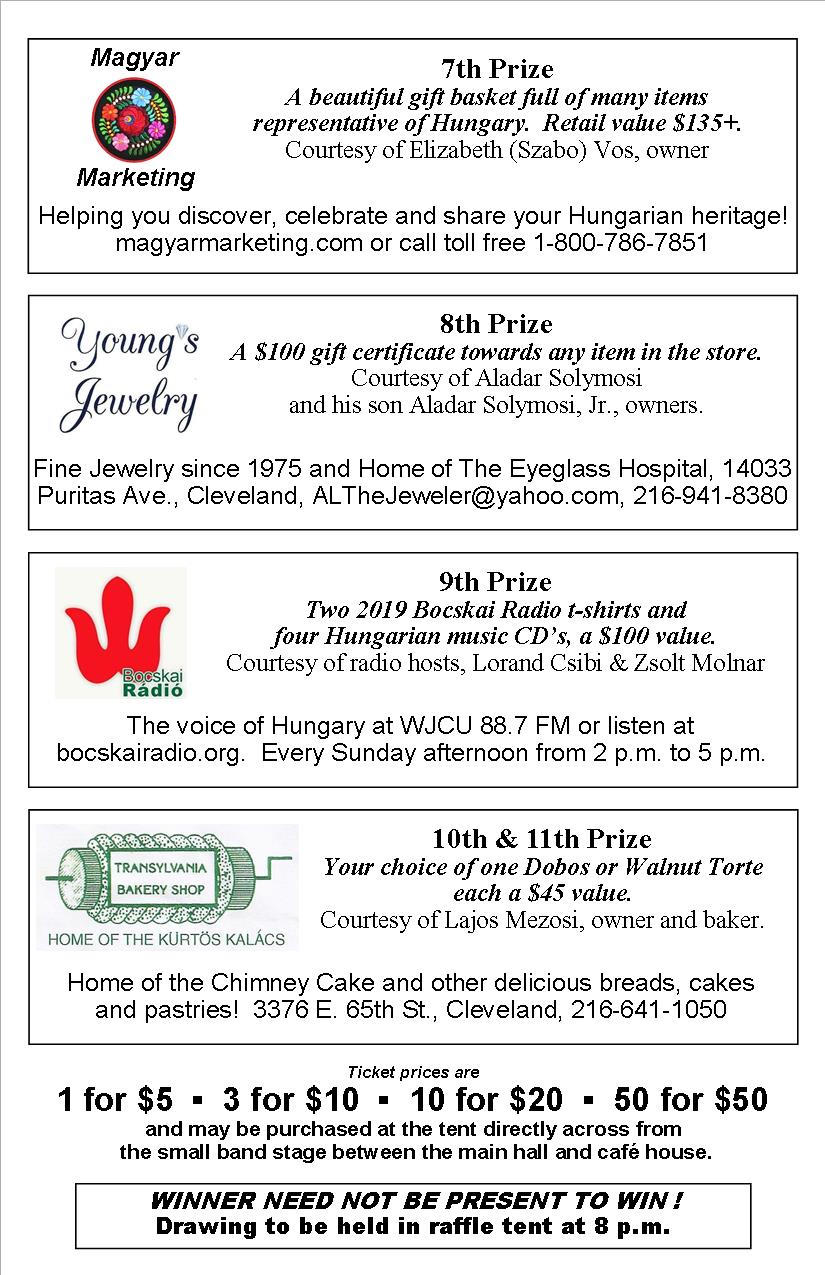 Information about previous festivals is below:

Album 1 pics from the 63rd Hungarian Festival can be seen here.

Album 2 pics from the 63rd Hungarian Festival can be seen here.

The following two photo albums provide a highlight of many of the day’s events at the 62nd Hungarian Scout Festival:

Video report by Duna TV about the 62nd Hungarian Scout Festival (in Hungarian).

Kathleen Szentkiralyi’s official photos of the 2015 Festival can be viewed here.

You may view pictures from the 2014 festival here.

Click here to see pictures from the 2013 Hungarian Scout Festival.

More pictures of the 2011 Scout Festival can be found here.

Click here for a pictures and a report on the 2010 Scout Festival.

Support AHSF by shopping at Smile.Amazon.com!