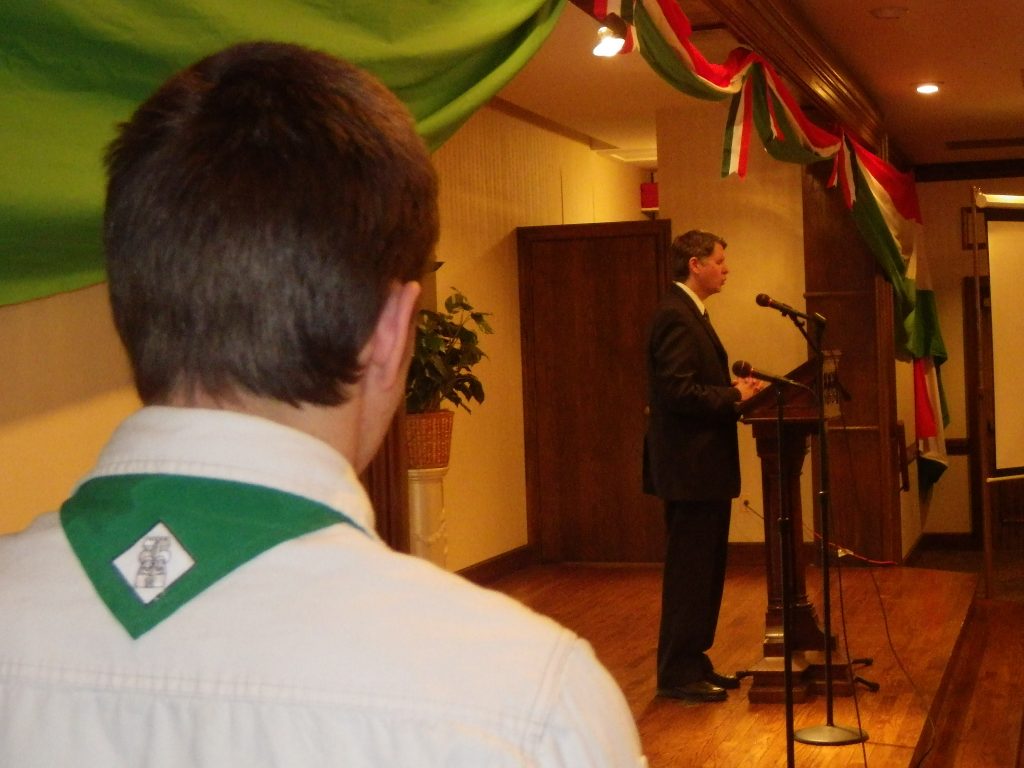 Under the organization of the United Hungarian Societies, the commemoration of the 1848 Freedom Fight was held on March 16, 2014 in the hall of Cleveland’s First Hungarian Reformed Church.  The program was emceed by scout leader Gyula Kozmon of Hungarian Scout Troop 14.

The program began with the singing of the American and Hungarian national anthems.  That was followed by greetings from the Church’s pastor and host, the Rev. Dr. Csaba Krasznai.  Performances included the Kis Magyar Choir, the First Hungarian Reformed Church’s Sunday School children, the boy scouts of Troop 14, and Enese Pigniczky reciting Sándor Petőfi’s poem Nemzeti Dal.

The keynote speaker was István Hargitai who shared his thoughts about the events of 1848.  The program concluded with everyone joining in the singing of the Szekler anthem.