We said goodbye to fellow scout leader Elizabeth Madzsar at her funeral Mass on Saturday, October 26, 2019 at St. Emeric Hungarian Roman Catholic Church in Cleveland. Elizabeth was 84 years old. She was born on May 21, 1935 and passed away suddenly returning to her maker on October 19, 2019. Elizabeth in her adult life was a leader of Cub and Brownie scouts for the local Hungarian scout troops and for the Hungarian Scout Association in Exteris. For more than 20 years, from the early 1980’s to 2006, she was camp director f 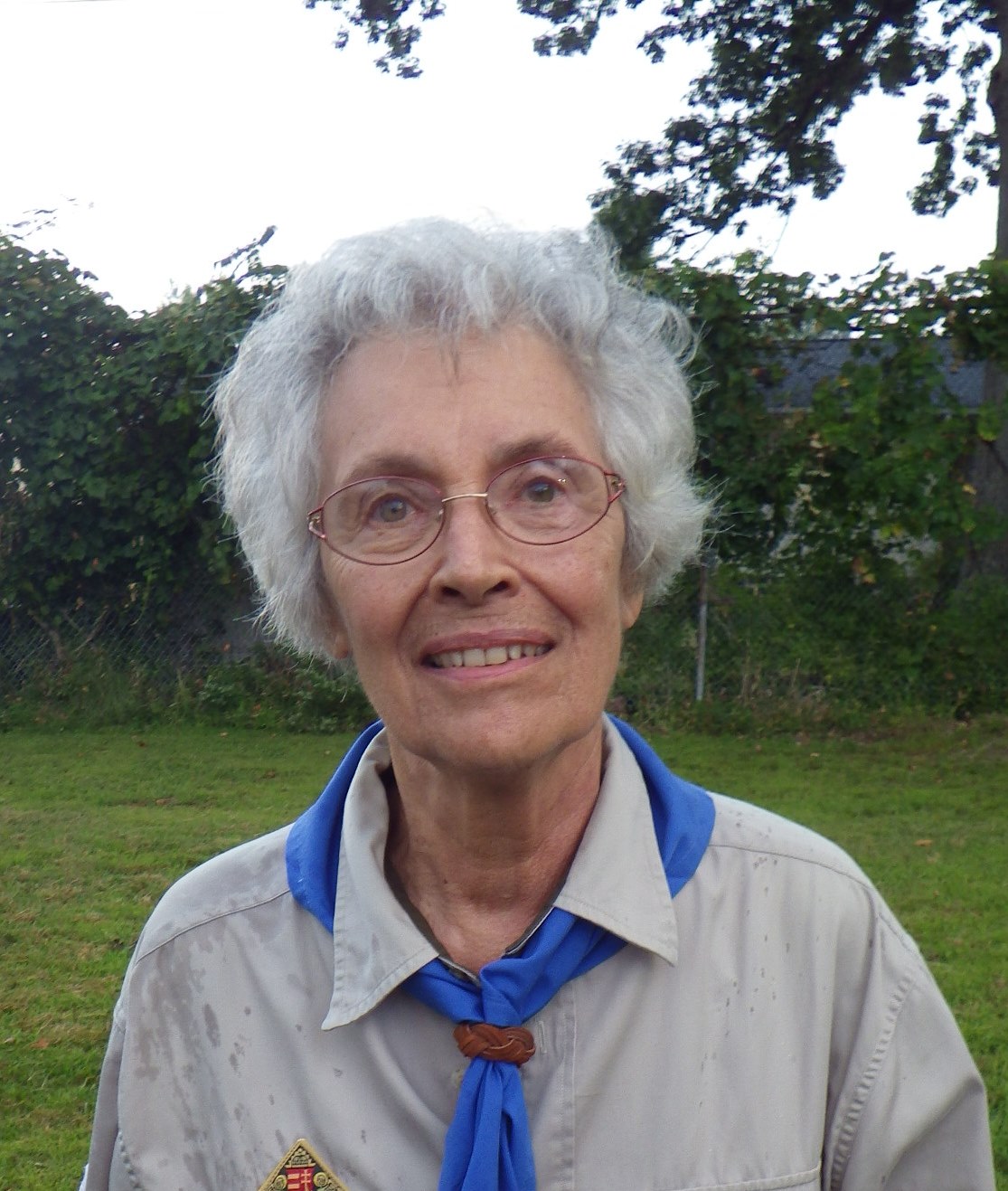 or the Cubs and Brownies at the HSAinE leadership training camps at the Sándor Sík Scout Camp in Fillmore, New York. In Cleveland, she was a committee leader in support of the troops and she was a very successful chef for the Scout Banquets and Scout Festivals held by the American Hungarian Friends of Scouting.

Elizabeth was an Honorary President of the the HSAinE and in 1995, Elizabeth earned the Teleki Medal Award, the highest award presented by the HSAinE, for her outstanding work towards the growth and expansion of the Hungarian scout movement. Also in 1995, she received from the AHFS the “Scout Leadership” White Stag Award for her exemplary scouting activities in Cleveland. In 2013, the AHFS awarded her the “Lifetime Achievement” White Stag Award for her many years of successful work towards growing and expanding Hungarian scouting in the Cleveland area. Elizabeth was an advisor to the board of the AHFS until the day she passed away.

We will very much miss her great smile, her expertise in so many things, her caring and advice. May she rest in peace! Her family wrote the following in her obituary:

Our “Nagyi” had an amazing life and lived in a unique time of history. She was the oldest of four, born in 1935 to Sebo Osvay, an army officer and later vintner, and Enekes Eva, a pharmacist. After Nagyi was born, her mother gave up her career to raise her family who settled in the small village of Tallya in the northern part of Hungary.

Nagyi’s formative years were during WWII. During this time, Sebo was a KP officer, and oversaw the transfer of the mobile army hospital moving by train from town to town in Germany. Nagyi experienced firsthand some of the horrors of war as well as the amazing selflessness of people who worked to ease the suffering. She recalled being on the train Christmas Eve in Travemunde, celebrating with one piece of “szaloncukor” each, and being happy that they were together. While her mother instilled in her the love of family and the love of learning, her father instilled in her the value of hard work, living frugally and serving others. WWII solidified it all.

Wanting to follow in the footsteps of her mother, she was enrolled by her father at 14 in a well-known high school in Satorlalljaujhely, enticing the admissions board with a barrel of his famous Tokay Aszu wine. Her high school tuition was paid with chickens, pigs, cords of wood and other supplies. She boarded with the Madzsar family, where she met the love of her life. The dashing nineteen-year-old George was in a tree chasing cats when she arrived. Always the gentleman, he climbed down from the tree to introduce himself with a chivalrous bow, and then climbed back up to continue chasing cats!

During this time communism reigned in Hungary, and ushered in the era of “csengo frasz,” or the “panic knock.” This is when someone knocked at your door, and the response would be to not only would you turn off your radio, but change the station as well. Panic set in because you never knew what was coming. Often times it was the communist soldiers coming to arrest someone or take property. During one “csengo frasz”, her family was given a weekend to vacate ½ of their home so another family could move in. On another occasion, 2/3 of their lands were “redistributed” because the communists deemed they had too much. As the result the four of us children grew up knowing the value of a college education because we were told many times, “knowledge is the one thing that can never be taken away from you.”

Nagyi told us that there were three types of people during this time, those who have sat, are sitting, or will sit in jail. Both her father and brother were political prisoners for several years.

For political reasons Nagyi was not able to immediately attend college. When she finally went, for family reasons she could not finish. Not finishing college was one of the few disappointments of her life.

The Hungarian revolution of 1956 broke out when Nagyi was 21. At the time she was married with a baby. Elizabeth and George, like so many others, sought freedom. It was difficult for them to cross the border into Austria, as few were willing to chance the escape with two young Hungarians and a six-month-old baby. Thus guards at the border were given a large quantity of family jewels and heirlooms to “look the other way.” After escaping Hungary, they waited in Vienna for sponsorship, which they were able to secure with an aunt in America. The day after they left for their new life, a limo from Liechtenstein came looking for the young family with the engineer (our dad) with a job offer. How different our lives might have been! But already on the way to America, they crossed the Atlantic on the USS LeRoy Eltinge traveling for 10 days on the Atlantic in November.

As many of you know, many of these freedom seekers settled in Cleveland, which now is the largest population of Hungarians (5 generations back) outside of Budapest.

Although Nagyi did not work outside the home, she kept very busy at home. She was a giver. Always keeping her “furge ujjak”, she embroidered and crocheted many beautiful pieces – which are now treasures in the homes of her children and grandchildren. She sewed many of our three matching dresses, and even ball gowns (not matching)! Nagyi was also an excellent cook, everything we ate was from scratch.

Nagyi loved to give of herself and her time. She taught in the Monday night Hungarian school and was very involved with Hungarian Scouting. She organized many fund-raising events as “csapat fenntarto testulet elnok”, organized our annual Hungarian Scout balls, and was the head cook for our annual scout luncheons/picnics. She did this well into her 70’s!

Nagyi was probably best known for her role as camp leader of “minta tabor” where she mothered as many as twenty-five 5-10 year-olds for 10 days each August. Hungarian scouts from all over the country and even the world come to Fillmore New York every summer for leadership training camp. Nagyi was in charge of the children that the leaders were training. She watched many generations grow from youth to adults, only to return with their own children. She was beloved by all.

She became “Nagyi”, a Hungarian term of endearment for grandmothers, in 1983 when her first of 11 grandchildren were born. As her family grew she began the tradition of cooking a special meal for Sunday family dinner or showing up at one of our doors with a pot of Nagyi soup. Decorating homemade gingerbread and sugar cookies was always a staple for the grandchildren in December.

Nagyi lived to see 10 great grandchildren. Not only see them, but engaged with them. How amazing for us that in her 80’s she was on the ground having a tea party, or playing with trains, or reading to them.

She left many gifts and wonderful memories for all of us. She had a love of learning, handicrafts, baking, but most of all she loved people. We miss you so much already! 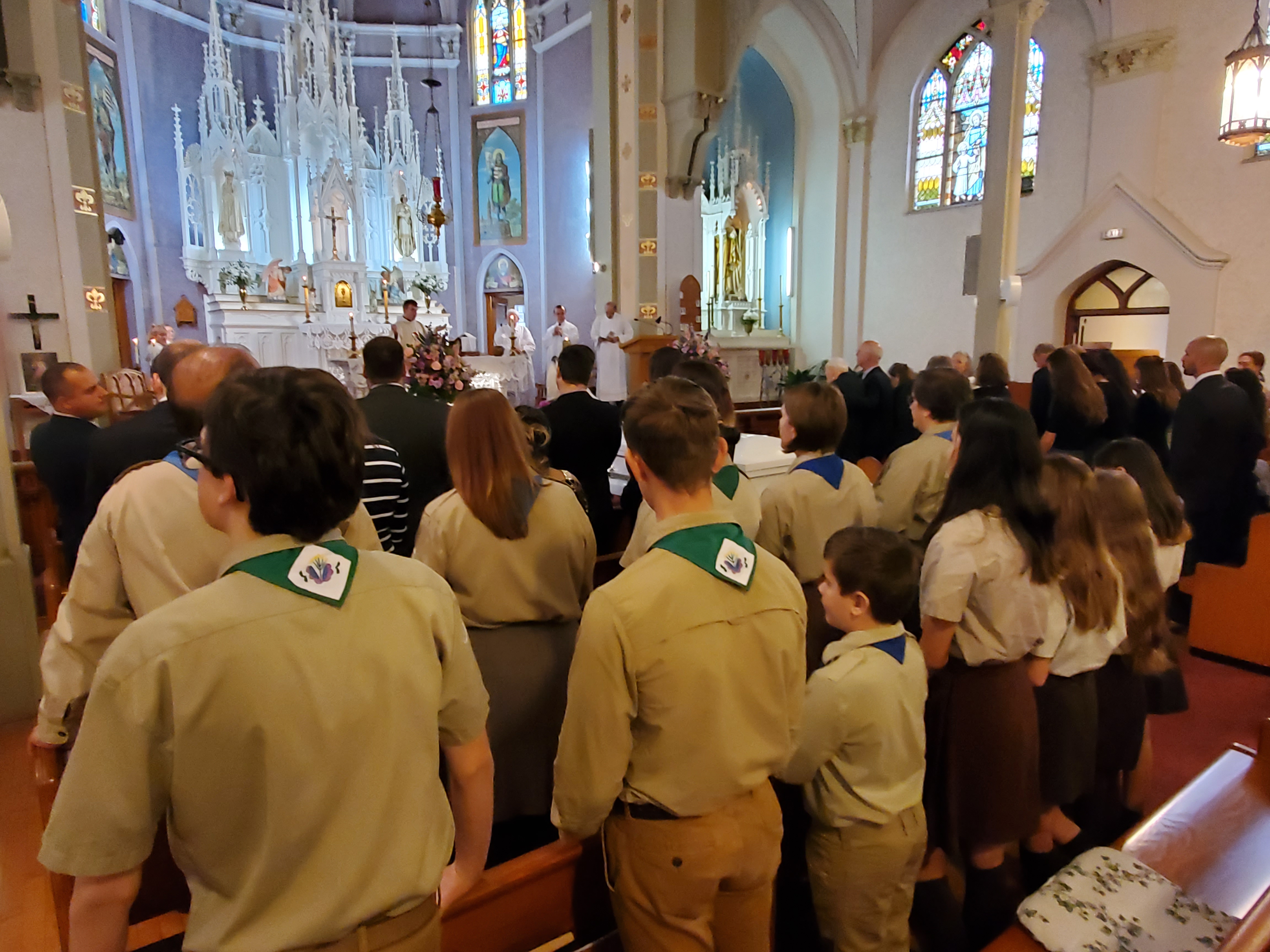 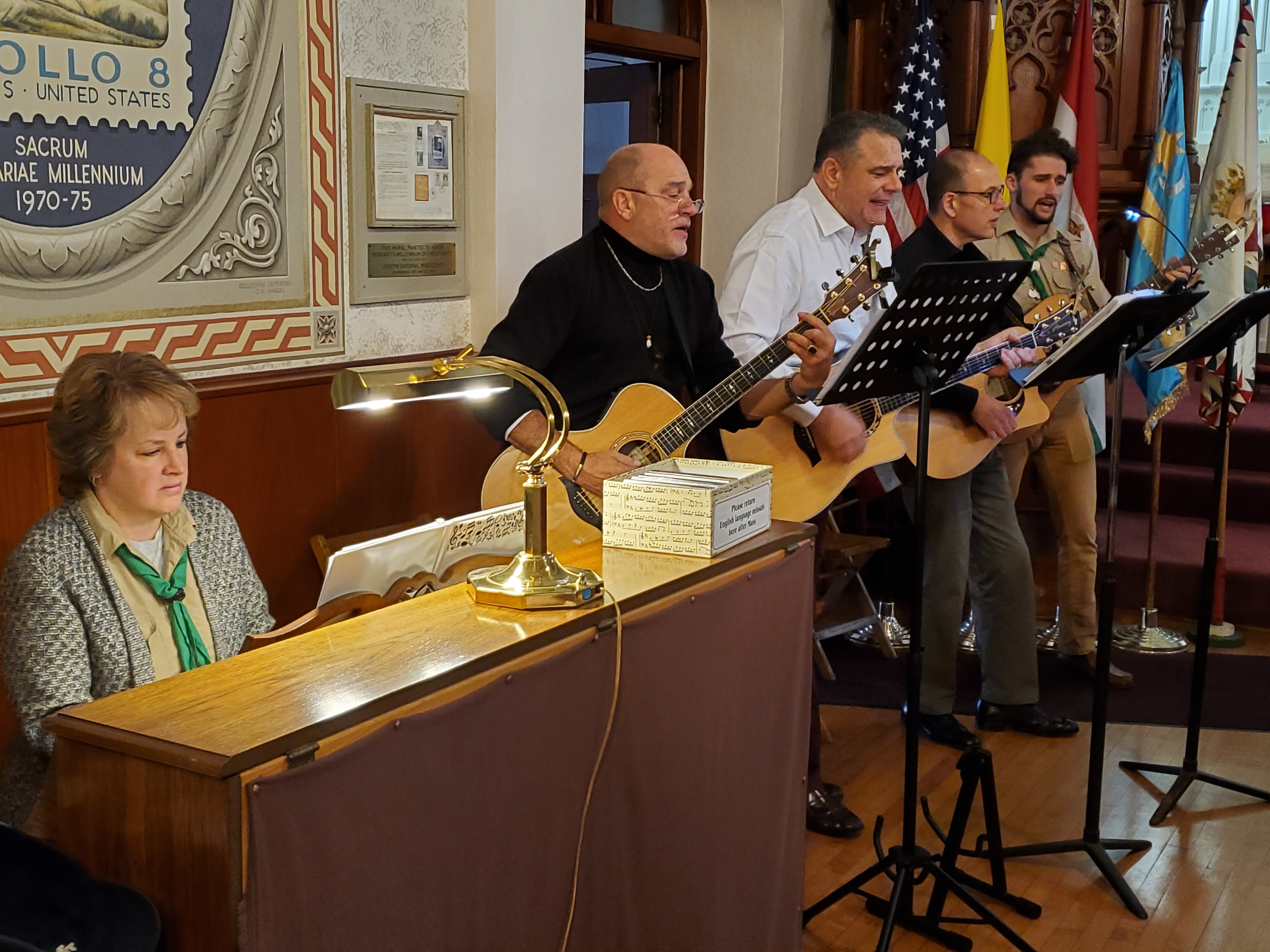 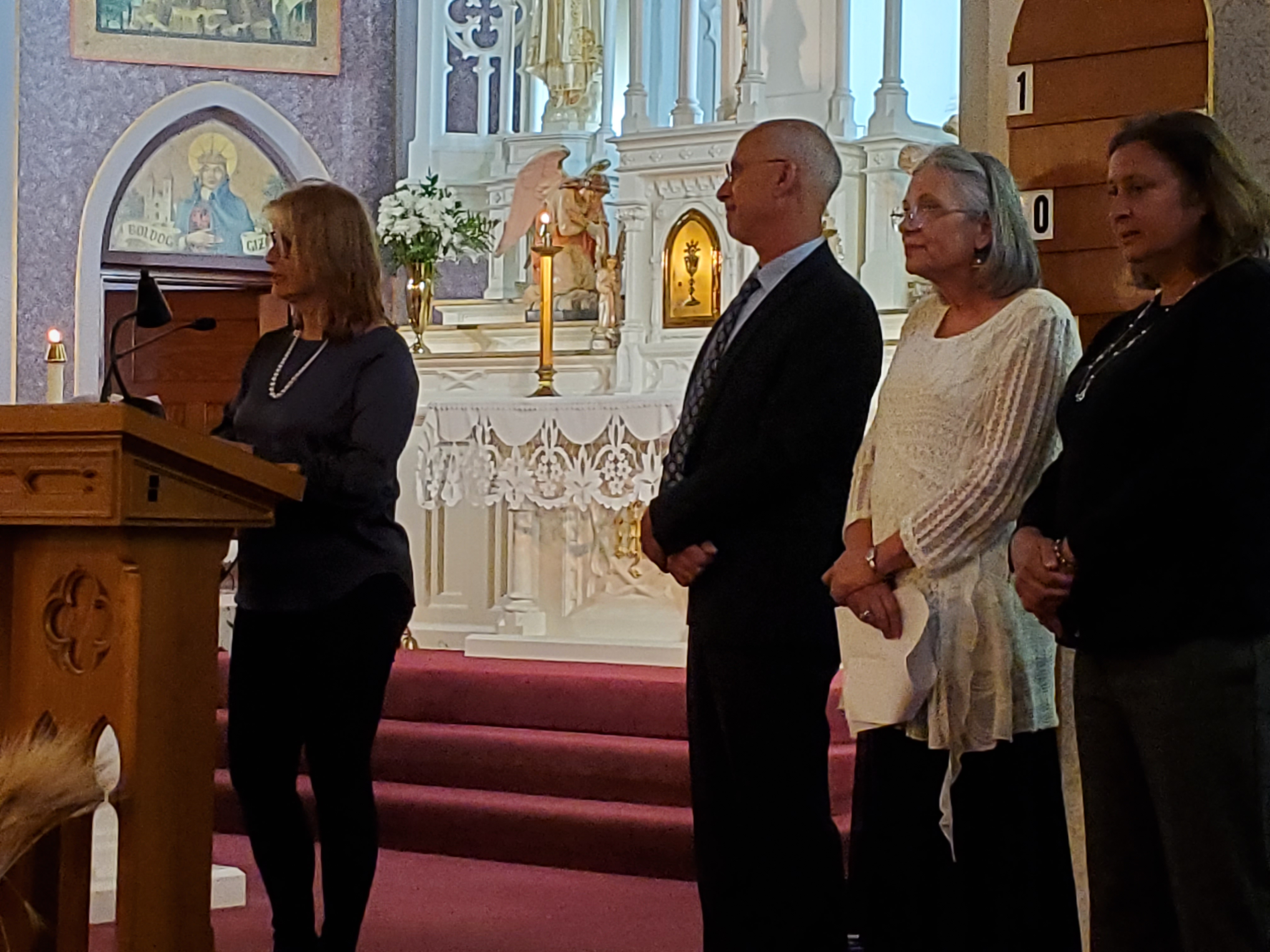 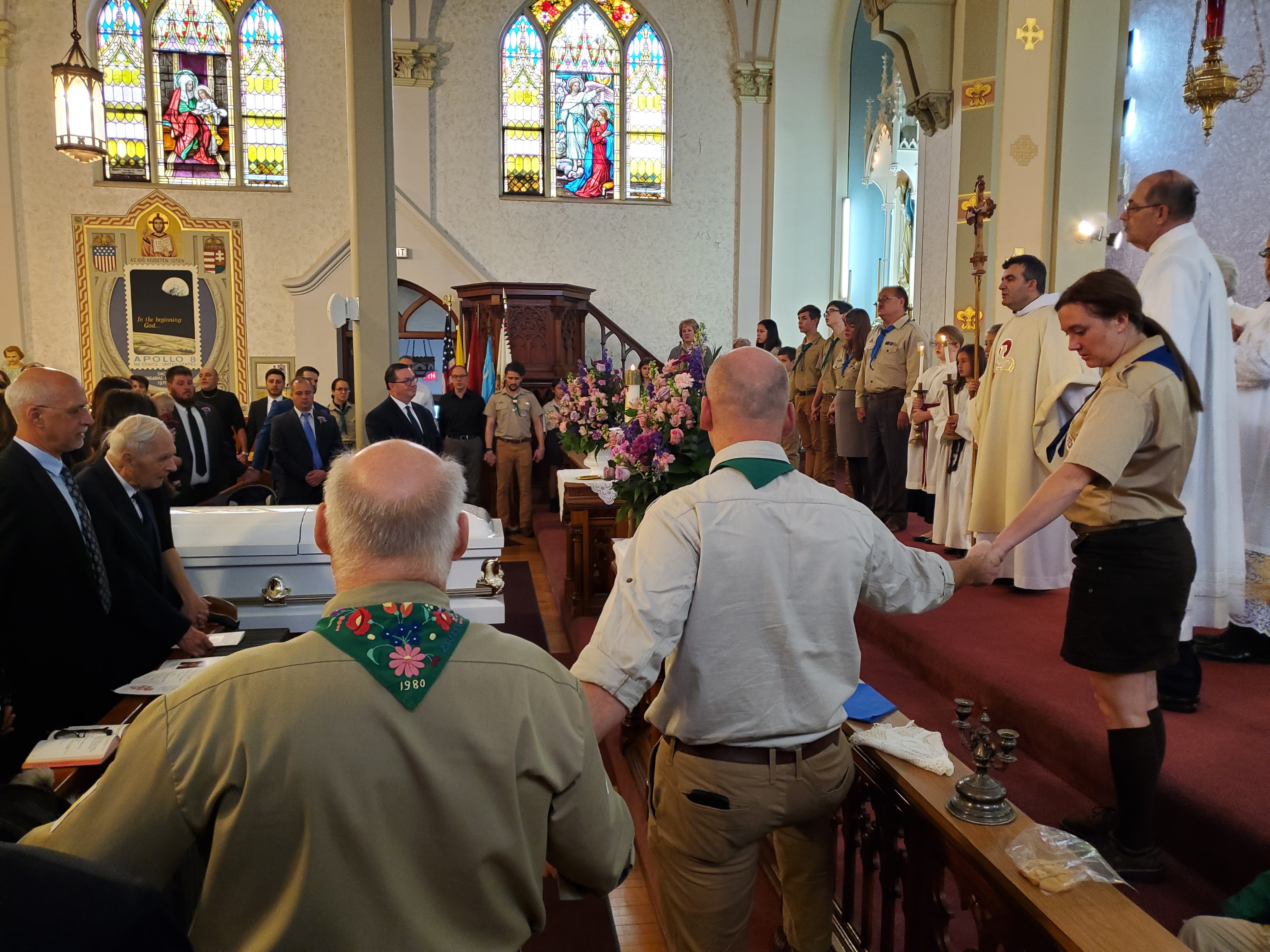 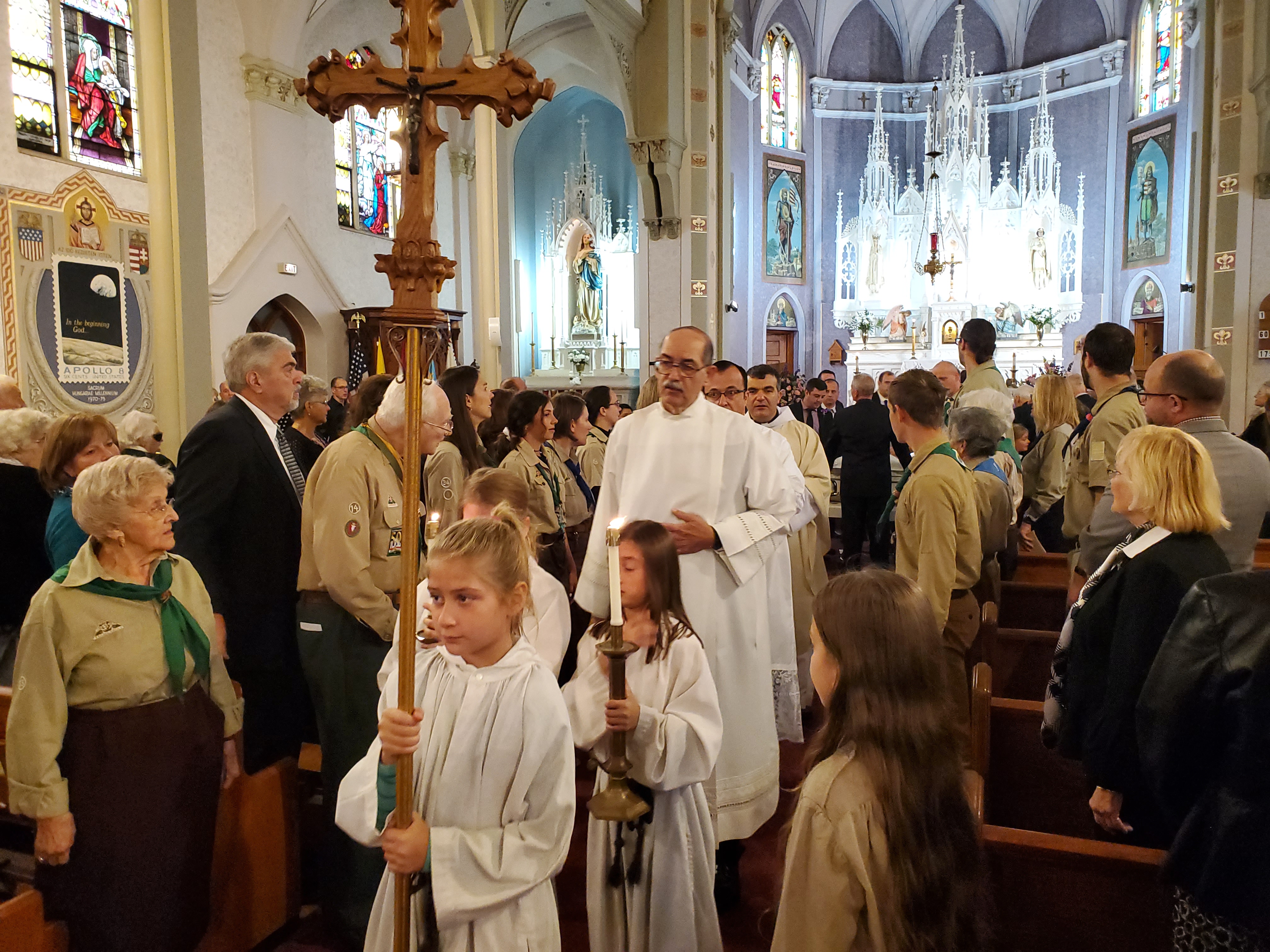 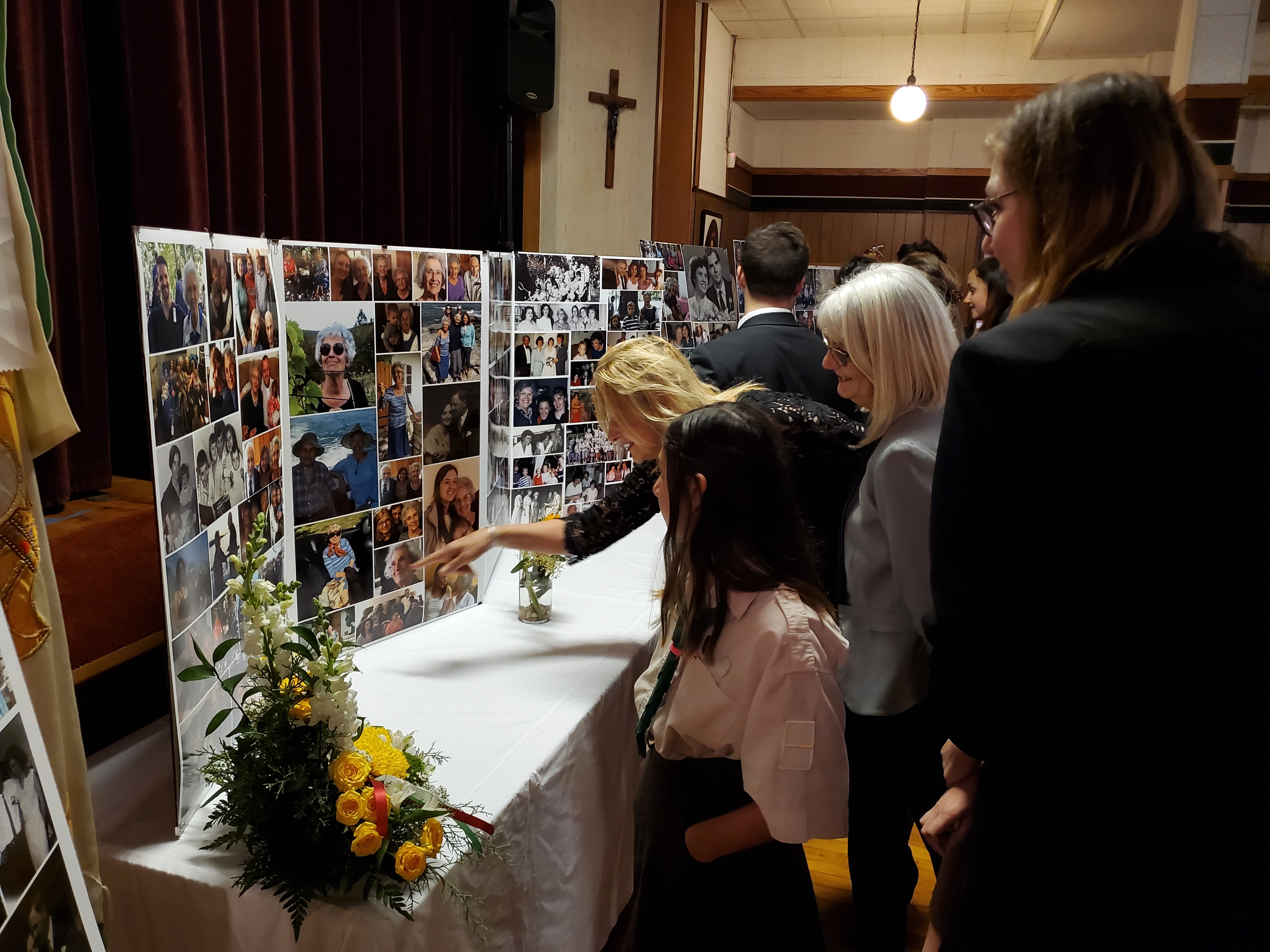