60th Ball is a milestone event 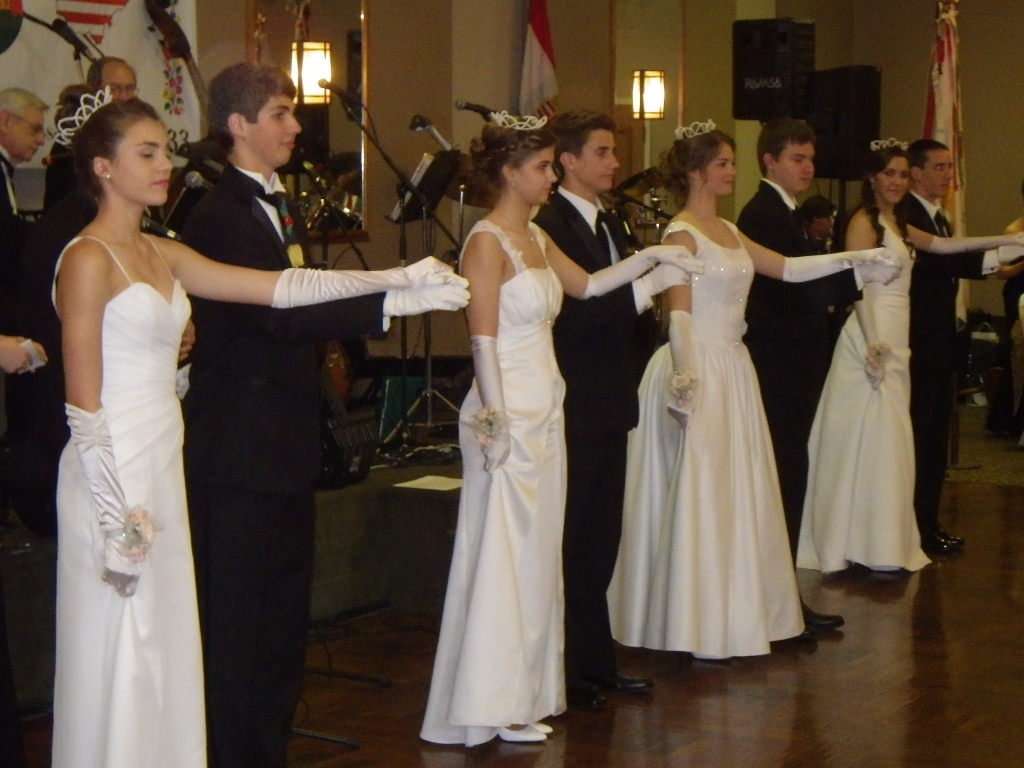 Before the debutantes could be presented, there were a few formalities that needed to take place before the gathered guests at the St. Elias Cultural Center’s ballroom on Saturday night, April 30, 2016. The evening’s program was expertly hosted by scout leaders Hanna Szentkiralyi and Bendeguz Pigniczky. The president of the American Hungarian Friends of Scouting, Bea Tabor, greeted all those in attendance to this year’s 60th Hungarian Scout Benefit Ball. The AHFS is the sponsoring organization for the local Hungarian scout troops and the host for the Scout Ball. Fr. Andras Mezei, pastor of St. Emeric Roman Catholic Church, followed by saying grace before the evening’s meal.

After the delicious dinner, the president of the Hungarian Scout Association in Exteris, Emory Lendvai-Lintner, commemorated the 65 years of Hungarian scouting in Cleveland. He praised those, who with their volunteer work, helped establish and guide the success of the movement through the many years. It was in 1951 that the first Hungarian scout troop in North America was founded in Cleveland. Next to speak was Dr. Ferenc Szebenyi, Hungary’s Consul General in Chicago, who acquainted the guests with his work and responsibilities to Hungarians living in Cleveland and Ohio. He congratulated the scouts for celebrating their two milestone events.

The highlight of the evening was the debutante’s opening dance which was choreographed and taught by Ilona Gulden-Solomon. The debutante girl scouts and their escorts were Eva Johnson and Andrew Duna, Karina Kosa and Christopher Mepham, Natalia Mepham and Joseph Linder, and Eneh Turoczi and Zoltan Nadas. After the opening dance the dance floor was filled with a waltz played by the Harmonia Orchestra.

Later in the evening members of the Cleveland Hungarian Scout Folk Ensemble presented their court dance in their traditional Hungarian court attire. A large round of applause greeted them at the end of their beautiful performance. Before the night was over, the guests were surprised with an evening buffet at which a chocolate fountain was the centerpiece. A myriad of deserts, fruits, candies, pretzels, bacon, and other delicacies were available for dipping into the richly flowing chocolate.

Special thanks go out to Elizabeth Balassy, Ball Committee Chairperson, and to members of the Ball Committee for their wonderful organization of the evening’s event. We hope to see many more of you at next year’s Ball.