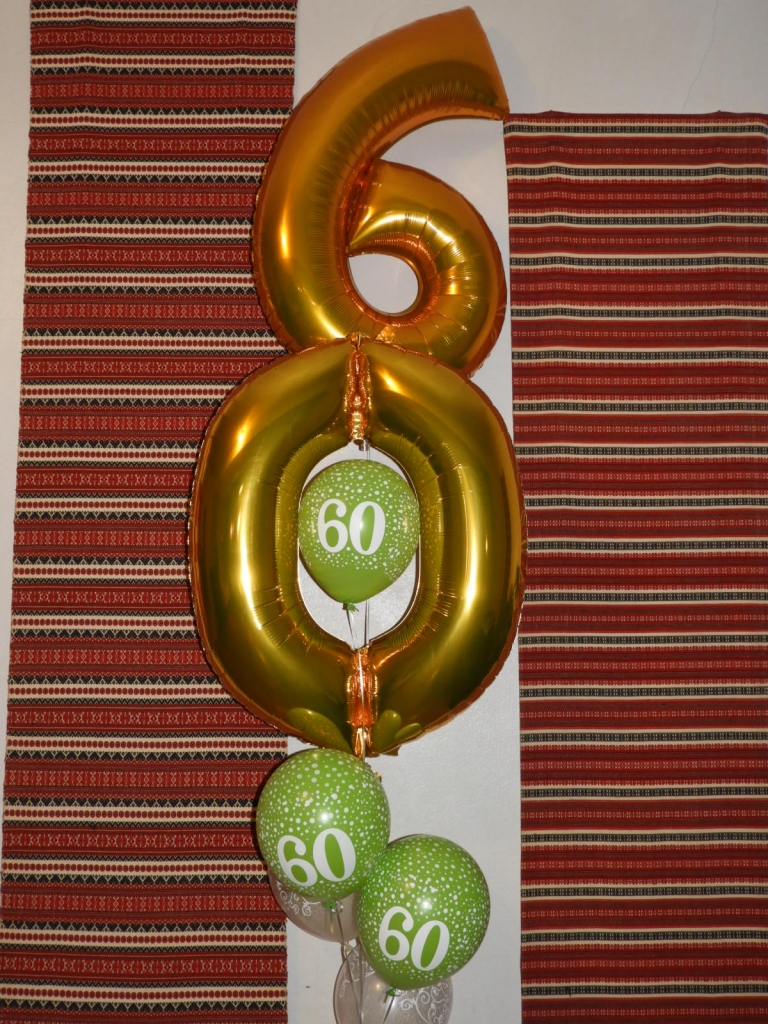 The American Hungarian Friends of Scouting (AHFS), the supporting organization for Cleveland’s Hungarian scout troops, celebrates 60 years since its inception this year. The 2018 Hungarian Scout Banquet held on Sunday, February 25 was the place to reminisce about the organization’s long history. More than 250 dinners were served by the troops’ scouts and its leaders. Scout chefs Judith Gyorky and Krisztina Tabor and their crew prepared the delicious chicken noodle soup, beef roulade with pureed potatoes, honey roasted carrots and homemade pickled mixed vegetables for the guests. Each place setting had a gift of a fleur-de-lis shaped gingerbread decorated with a big “60” and the organization’s initials by the girls scouts of Troop 34. 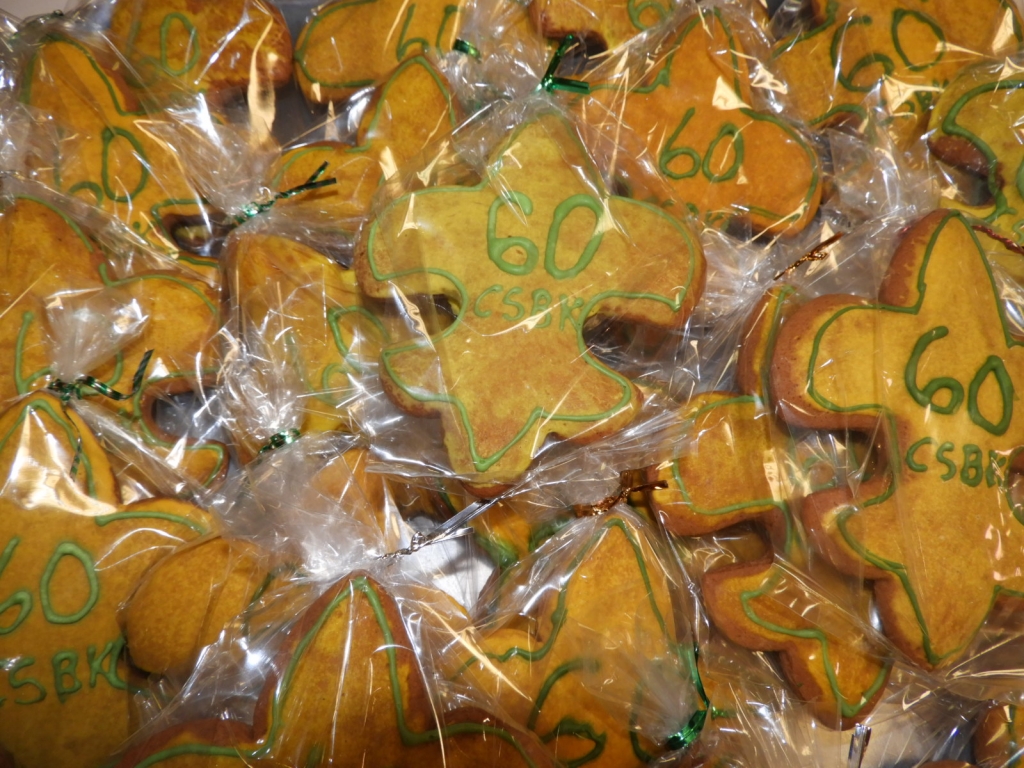 Horvath thanked those hundreds of leaders, scouts and their parents, over the past 60 years, that have guided the organization, built it from the ground up, established a scout park, a scout center, and three fundraising programs including the yearly banquet, the annual Scout Ball, and the fabulously successful Scout Festival, the Cserkésznap, which has allowed the group to flourish. He thanked all those in attendance for their presence and for their financial support each year for helping to provide for the organization’s future health. Everyone’s assistance ensures a great scouting program for the Hungarian youth and the scout leaders of tomorrow, he said. 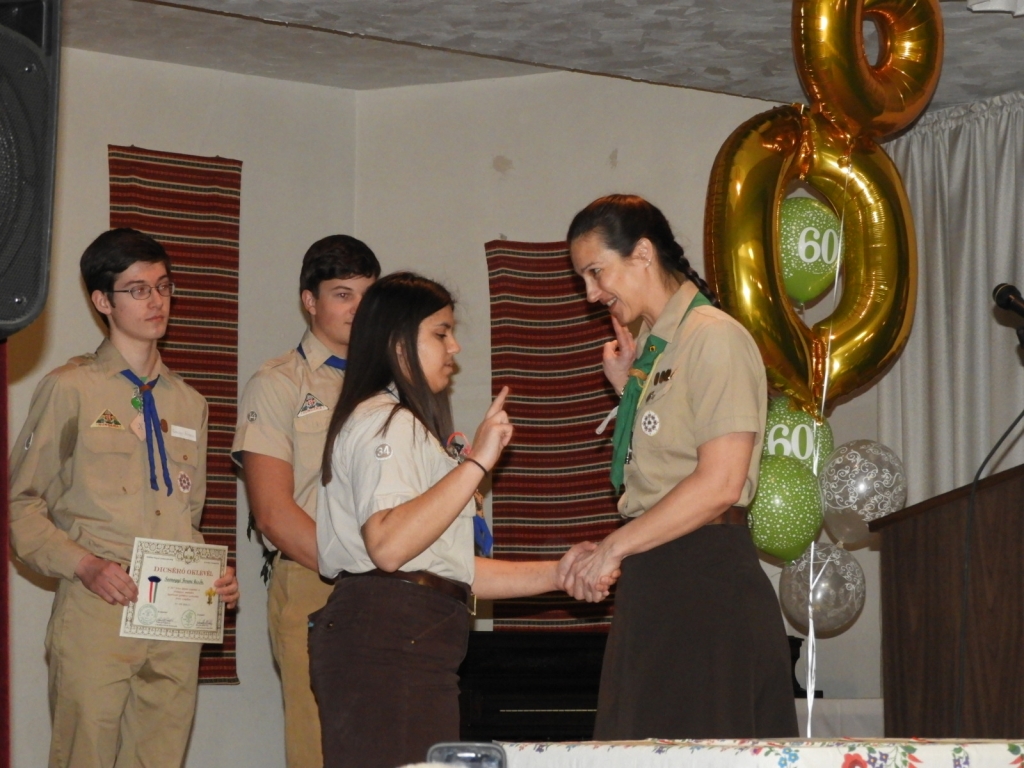 One of the highlights of the afternoon was the introduction of newly trained leaders. Cleveland District Commissioner Krisztina Nadas introduced 11 Cleveland scouts who completed leadership training camps last summer at the Sandor Sik Scout Park in Fillmore, New York. Each new leader was presented a proclamation recognizing their accomplishments and thanking them for their good work.

After lunch came the celebratory walnut cake. The cake was brought in by Joseph Gyorky who was president of the AHFS from 1991 to 2001 and Bea Tabor who was president from 2010 to 2016. Balazs Bedy, who has been a member of the AHFS throughout its entire sixty years had the honor of blowing out the candles and cutting the first slice of cake. While everyone enjoyed their piece of cake, scout leader Endre Szentkiralyi presented a slide show on the large screen with pictures from last summer’s jamboree camp in California which was attended by 50 scouts from Cleveland with the financial support of the AHFS. 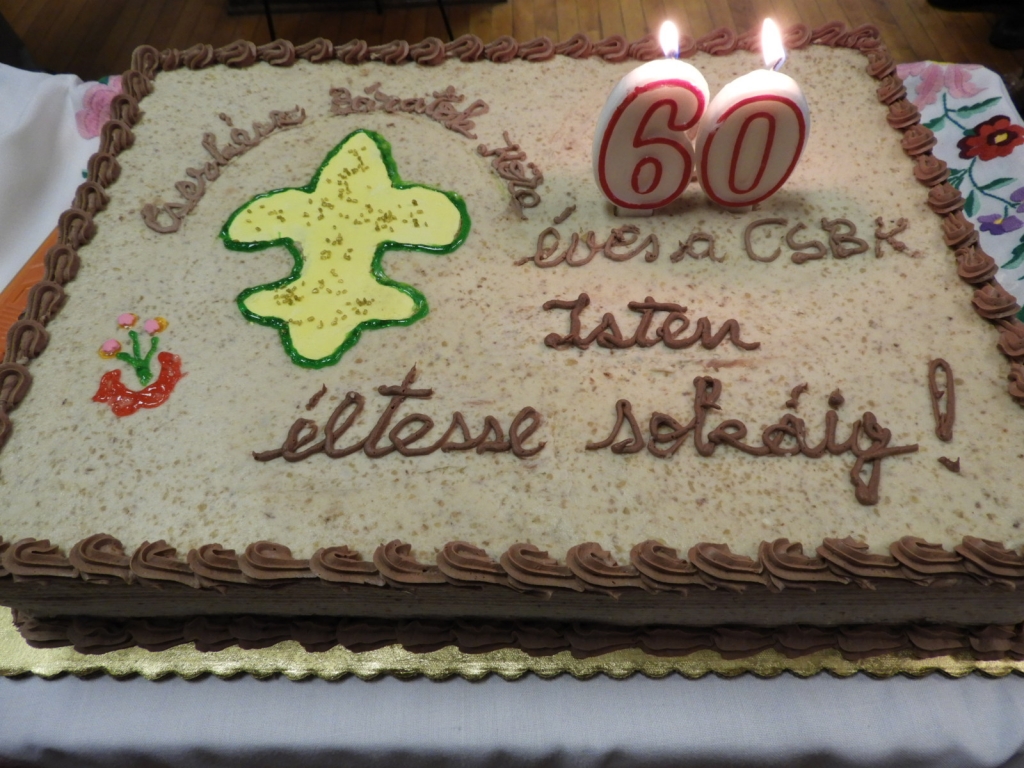 A raffle helped top off the afternoon. Presided over by scout leader Judith Szentkiralyi and the younger girls scouts, the beautiful and valuable gifts prepared by Dr. Ildiko Bakos were raffled off one by one. Everyone went home afterwards having had an enjoyable afternoon, a great meal, and looking forward to the next 60 years.

Click here to view pictures of the Scout Banquet.