On October 21, 2018, Cleveland’s Hungarians remembered the heroes of the 1956 Revolution and War of Independence. The program, which was organized by the United Hungarian Societies and held at Saint Emeric Catholic Church, honored the memories of Hungarians who emigrated to America following the sad, yet glorious events of Hungarian history, and those who had preserved their memories of emigration, 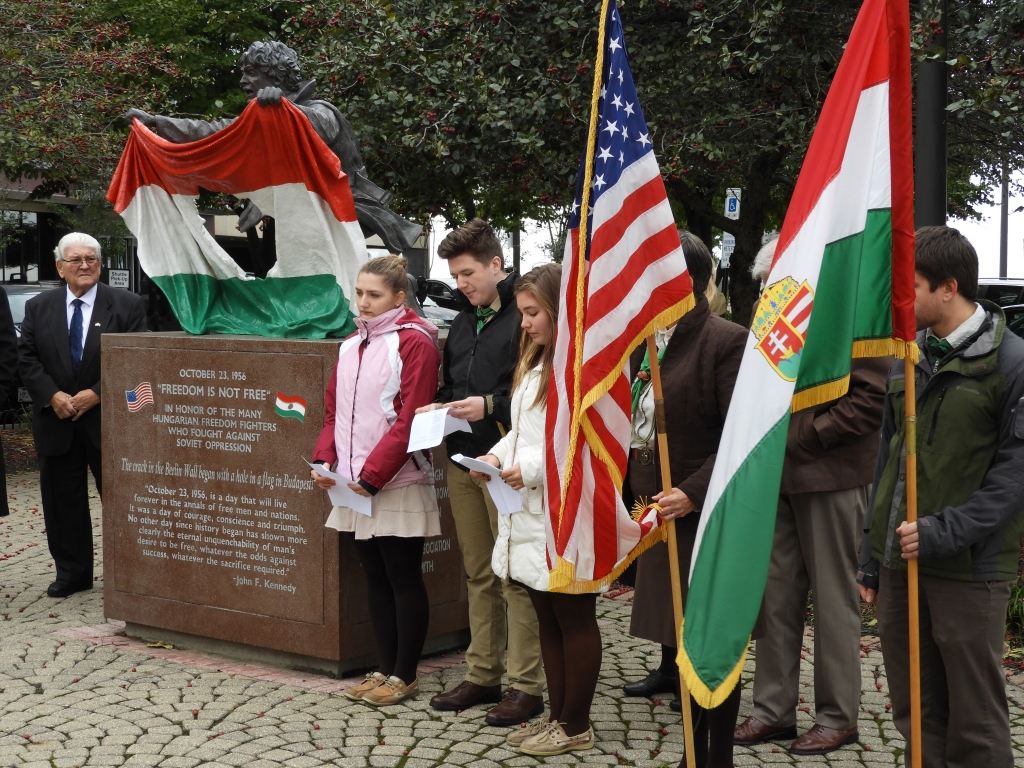 never forgetting their country and their national identity. The celebration of the Hungarian Revolution included the Cleveland Hungarian scout troops; several film compositions were screened.
Endre Szentkiralyi, President of the United Hungarian Societies, greeted the guests after the American national anthem and the opening prayer. Then, scout Julian Balassy read Imre Bogardy’s poem, entitled October Remembrance. After that, the Hungarian Girl Scout Troop 34 performed songs to mark the occasion. The program continued with the recollection of various Hungarians from Cleveland, read by Scoutmaster Steve Graber and intern from Hungary Melania Miklos. Scout Leader Reka Pigniczky’s Arrival to America report was also screened.
Dr. Peter Szilagyi, Assistant Secretary of State of Hungary, gave the keynote speech. The program was closed with a prayer and the singing of the Hungarian national anthem.
Prior to the commemoration, at 1 p.m., the leaders of Cleveland’s Hungarian associations, together with the deputy secretary of state and the diplomats from the Chicago Hungarian consulate, laid a wreath at the statues of Cardinal Joseph Mindszenty and the 1956 revolution in downtown Cleveland . After the afternoon commemoration, guests enjoyed a warm reception hosted by Saint Emeric Church.

See pictures from the 1956 commemoration here.