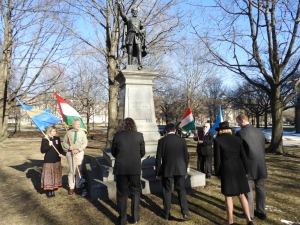 The program opened with Susan Daroczy greeting the crowd in the name of the UHS followed by Miklos Peller playing the American national anthem on the piano and dr. Csaba Krasznai, pastor of the church, saying the opening prayer. Rahel Krasznai introduced each program participant. 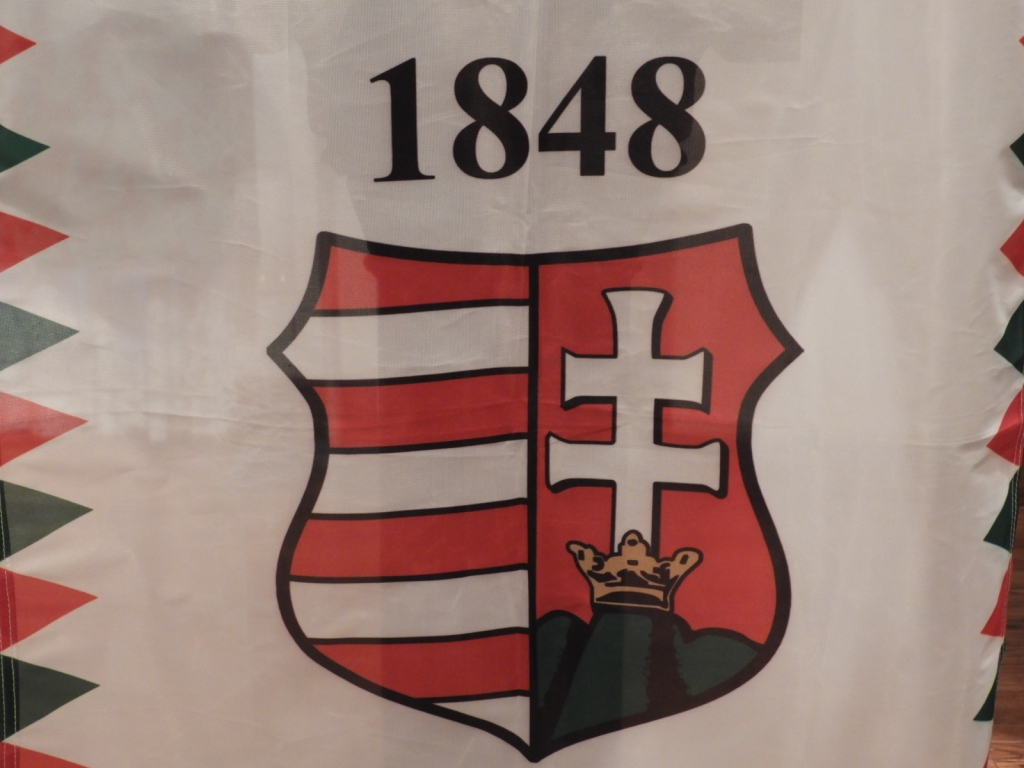 Those presenting on the stage decorated in Hungary’s tri-colors included the church’s Sunday School and Hungarian Language School students, Cleveland State visiting Fulbright Scholar from Hungary dr. Monika Fodor who shared her thoughts about 1848. the combined chorus groups from the local Hungarian Lutheran, reformed and catholic churches, Emory Bogardy who recited his own poem about 1848, the girl scouts from Hungarian Scout Troop 34 who sang songs and acted out a poem about the events from the time, the pastor of the Hungarian Seventh Day Adventist Church who played piano, and the Consul General of Hungary in Chicago dr. Zita Bencsik who presented a video collage of 1848 commemorations from around the world.

The program ended with Fr. Andras Mezei of St. Emeric Hungarian Roman Catholic Church saying the closing prayer followed by all in attendance singing the Szekler and Hungarian anthems. A reception with coffee and pastries concluded the afternoon’s events.

View pictures of the 1848 commemoration here.

Read the Bocskai Radio article and the video of the program here.