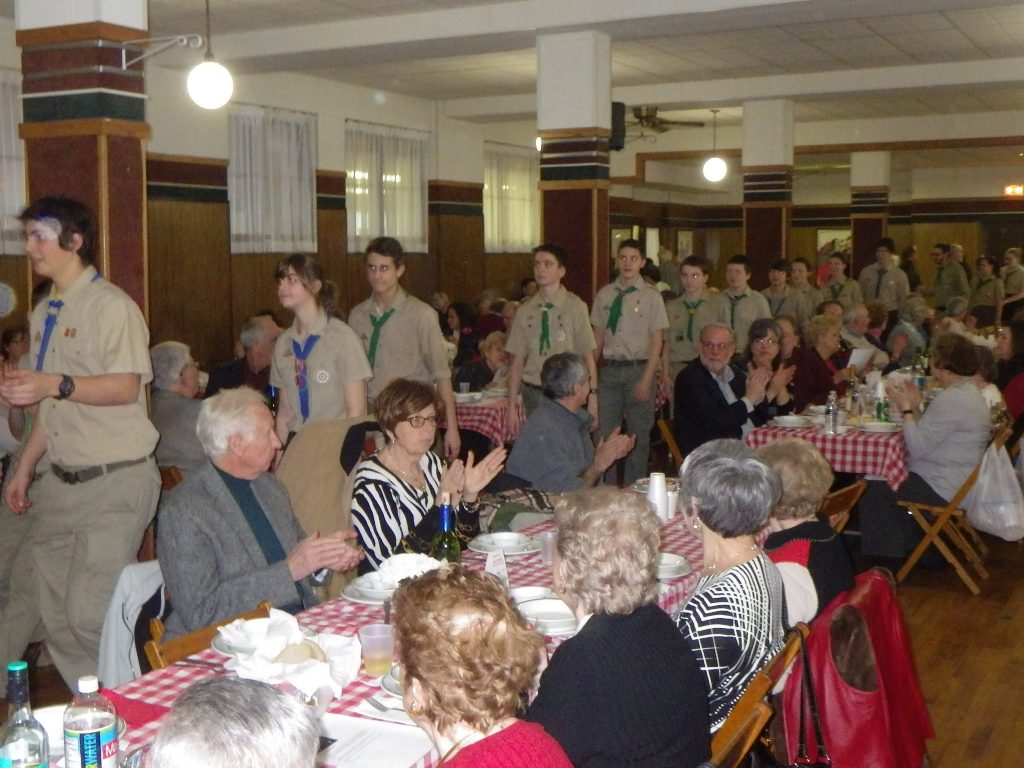 Before lunch was served, large red bell peppers stuffed with a Hungarian cream cheese spread with paprika were provided with freesh homemade biscuits at the bar for the guests to satisfy their hunger while they waited for the program to begin.  During the program, Cleveland District Commissioner Andrea Meszaros presented Certificates of Achievement to 19 newly trained scout leaders for their outstanding work during the previous year.  She asked these scout leaders to continue to follow in the leadership examples set forth by Lord Robert Baden-Powell, the founder of scouting, and his wife Olave, whose shared birthdays were celebrated that day.

This was followed by the American Hungarian Friends of Scouting President Bea Tabor proudly presenting the Scout Leadership Award to her son Mathias Tabor.  The recognition was for his work as an adult scout leader in Hungarian Boy Scout Troop 14 and as one of the skillful leaders of the Hungarian Scout Folk Ensemble since 2007 where he also has organized a three week tour of Hungary and two gala performances for the group.

Before dessert was served Endre Szentkiralyi, camp director of this year’s Hungarian Scout Jamboree to be held August 6-16 in Fillmore, New York, shared his plans for this worldwide gathering of Hungarian scouts.  The afternoon concluded with a raffle organized by Dr. Ildiko Bakos of Hungarian Girl Scout Troop 34, sending many guests home with some fabulous prizes to enjoy.

Click here to see pictures from the 2015 Scout Awards Banquet.